On a perfect summer evening in early December, Small Fish Canberra coaches Tony and Richard officially launched their business into the Canberra market. 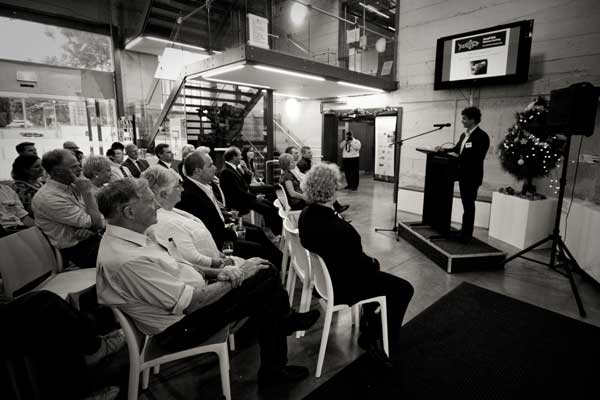 Jon Dale, the founder of Small Fish, made the trip down from Byron Bay to support us and his address was refreshing and inspiring. Jon also addressed local members of the Mortgage & Finance Association of Australia and met with the CEO of the ACT Chamber of Commerce & Industry, Dr Peters, while he was in Canberra, so his time was well spent. 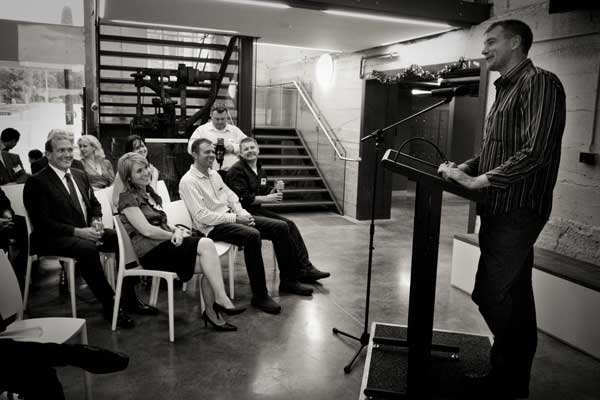 Tony was next to address our guests. He shared a little of his extensive background in small business management and his intimate knowledge of business franchising. As you can see from the faces of his audience, he can also tell a great joke! 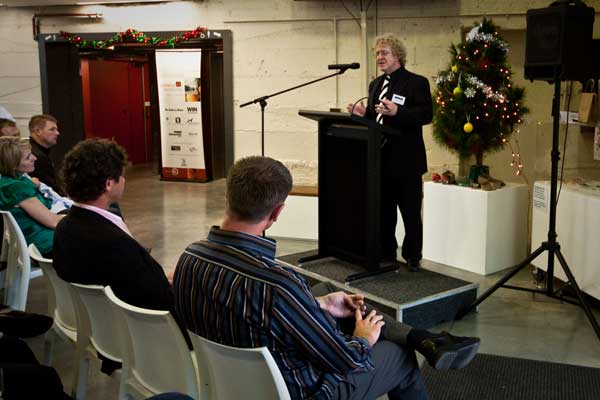 Richard told the story of his small business experience. He and his wife built and operate a guesthouse at Murrumbateman. The evening finished with some lucky guests winning a selection of lucky door prizes. The major prize, a full business audit and written diagnostic report, was won by Juliana and Angelo. 2011 is the year Angelo plans to launch his new hospitality business so the prize will certainly be put to good use.

A special thanks to Kassandra Utzinger for the spectacular photography.