On a recent trip, I flew back to Australia on the A380 with Emirates and it is a pretty cool plane, having had a few trips on them, but that isn’t the point for today…

One of the offerings aboard the plane was Wi-Fi connectivity on board. Awesome I thought, and started investigating the on board mags and entertainment system for more information. It wasn’t free (not that I really expected it to be if I was being completely honest), but it was priced at two options. $US2.75 for 5MB data or $US15 for 30MB with each addition 100kb costing $US0.07. It didn’t sound overly expensive, but at the same time I could see that data going quite quickly.

Of course I set up and charged up an account and got into sending  a text to the kids using  the Text Me app, send a couple of Tweets, posted a pick on Facebook of the on-board map showing us at 565 mph, 34,999 ft. altitude and 7202 miles from Melbourne. Awesome I thought…a new toy, so off I went posting, tweeting, messaging etc. for the next few mins. Then I got a Face time call from my daughter at home in Canberra and we chatted on video. I showed her the plane, the people etc. Quality was a bit scratchy but we had a discussion. 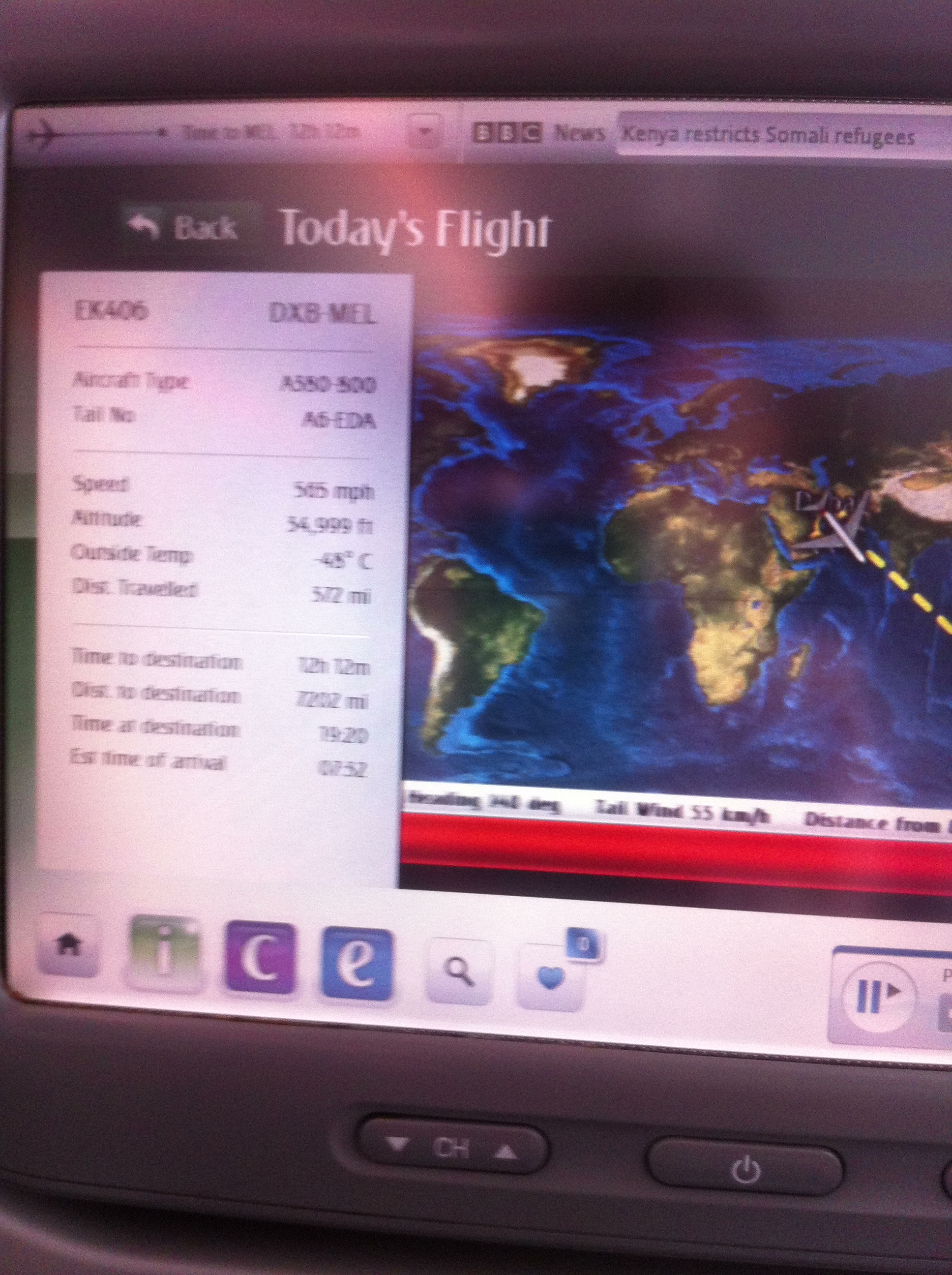 Following the call I checked my balance and nearly all of the 5MB was gone after my initial play, so any serious video drains the allowance quite quickly. I kept logging on and off throughout the flight, send a few more posts and tweets etc. until we landed in Melbourne. All this for about $US6, which was pretty good value.

This reminded me of a recent announcement I saw from Qantas that they were cancelling their on-board Wi-Fi rollout following the trial. I think the price was $30 per flight, but unsure of caps, allowances or anything else. Would I pay $30 for having the access for a long haul flight? Probably yes, especially if you needed connectivity for important reasons, but really $30 on top of $2000+ ticket fare is a small amount to use technology to have some fun in the air at the expense of those stuck at home!

My vote is for COOL….what’s yours?