5 years into business and then two “knocks at the door” changed everything!Blogs » You are here:  Home »

5 years into business and then two “knocks at the door” changed everything!

It only dawned on me a few weeks ago that I have survived the dreaded 5-year mark of my own business. We have all seen and heard the statistics stating that around only 1 or 2 in every 10 businesses survive past the 5 year mark, so congratulations to me! It comes with some irony, that after making it to this milestone, in the last few months I have had several bizarre “knocks at the door” which will move my life into another of its unique twists and turns!

Let me explain the “knocks at the door” I am referring to, and they have seemed to appear anytime I am away. By these knocks I mean people coming to me to enquire about opportunities for a ‘job’.

The first was as I was in Gallipoli waiting to leave for the dawn service, where I was asked to have a discussion about an opportunity in a developing country north of Australia as a General Manager, bringing a new brand to the market. I did have the chat, as I have a strong belief in looking at all opportunities that come up, and you can always decline. This went well, and then nothing happened so I moved on….

Fast forward to my recent family holiday in the UK in July. The company got back in touch with me and wanted to chat again and bring me over there to meet the team and see the place. I did this and the opportunity was a good one to look at and think about.

Upon my return home from this trip, I was phoned out of the blue by a business owner I knew from my past life, asking about an opportunity for a Chief Operating Officer with his business and brand, in what can be described as an often ‘contentious’ Middle Eastern country. I know the place having travelled there many times, but as luck of the timing had it, I was willing to have a look at the opportunity, where on other times he has approached me, I simply have laughed it off. In order for any next step to occur, I needed to take my wife to have a look, so this was quickly arranged and we had a recent whirlwind tour to this country for her to see if she could potentially live there for a period of time. Following this trip, while not seeing the place as a tourist destination, she didn’t dislike it and thought it may be an opportunity for the family to consider.

So now I had two good opportunities from the ‘opening of the door’, but my dilemma was I also had a solid base here- a business that gives a good lifestyle- while not always the best of incomes over the year (but this is the process of growing a business), good business contacts, good networks and groups etc., so this was going to be a tough call. One could say if I simply ignored these “knocks” there would be no discussion, and maybe that is true, but to get 2 amazing knocks is just bizarre, bizarre in the brands they are with, bizarre in the locations they are offering, and bizarre that they both came at the same time when I wasn’t looking…so what to do?

American boxer Leon Spinks said, “opportunity knocks only once, you never know if you’ll get another opportunity” and this is true and maybe this is a sign!

In order to process this and either consider one, both or none some others had to be engaged – my family.

One country was simply deemed not suitable for them to live in, so this would be a case of me flying in and flying out for a weekend every month or so. Not ideal but an option.

The other country would see us clearly being a stand out minority, in a sometimes-dangerous place, but the family could all relocate and have a safe and stable existence, but this would clearly disrupt schools, friends, sports etc., as well as my wife’s employment.

Both options and scenarios, including the ‘walk away’ option were put to the kids and they saw the option of moving to the Middle East as a clear winner and one which would provide opportunity for a ‘cultural experience’ as they said, which shocked me. They were told they would go for a year then come back here to complete key schooling years, so with a definitive timeline, they could see the pro-con aspect rationally and state that while they would miss people and things, they would get a good experience, and be closer to other places to allow more travel around Europe and the region etc. It was a very defining and proud moment as a parent I must add, given the mature way the kids looked at this (and at 15 and 12 this was impressive).

So now it came down to us to decide and see is this worth it, or do I reject both “knocks” and keep on coaching?

So back to the 5 year’s in this business from the start of the post.

The last 5 years has gone quickly, I left a good job to do this, and have I earned the same money I would have, had I been working? No. But I have had the opportunity to spend lost time with the kids, which I missed when they were younger due to international travel with work, so the cost of taking them to school, going to their sports, being involved with their lives etc. cannot be measured in dollar terms.

I’ve worked with some awesome businesses in not only Canberra, but other states around the country, developed online training and programs, learnt a lot about technology and tools to use in business, built dynamic social networks on various platforms including an 800 strong LinkedIn Business group, ran charity lunches where nearly $5000 has been raised for local charities, formed networking breakfasts, met and made new friends I would otherwise not have met. Many positives, which, like my children, if I were to take one of these options I would need to have a Plan B for….

I had the feeling of ‘what will people say’ if I decided on one of these? Will they think I have failed, I am running away, or it was all too hard? The answer I knew of course was “no” to these, but there are always doubters and I found the perfect answer to this concern. 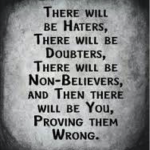 Whatever I did it is to be my decision, and my family’s decision and needs to be best for all of us. This changed the approach of thinking about it.

There were no real barriers, apart from my mindset!

And I guarantee anyone who says this, has probably NEVER stepped foot there, or anywhere near there, so of course I will value your highly educated opinions…not…I have been there, stayed there, worked there…and guess what, like the majority of ‘bad’ places, the people are amazing, hospitable, friendly, and would do anything for you. We have our bad minorities too!

So after all of the thinking, dwelling, stressing, what if’ing, and why not’ing a decision had been made!

So, come January 3rd 2016, I will move to Lahore in Pakistan! My family will follow some time after this when all formalities are sorted out for them.

Now to work out just what I need to do to park, and progress business matters I have in place!